Home
Mountains
Why I dream of Hiking on Alagalla, Potato Mountain
Tweet Pin It

Have you ever been to a top of the mountain that you always wanted to climb whenever you see it?

I was dreaming of climbing a beautiful mountain that caught my eyes while traveling to Kandy by train.

After reading a few articles and a research few of my friends planned to visit this beautiful mountain called Alagalla, which is known as Potato Mountain because of the shape of the mountain. 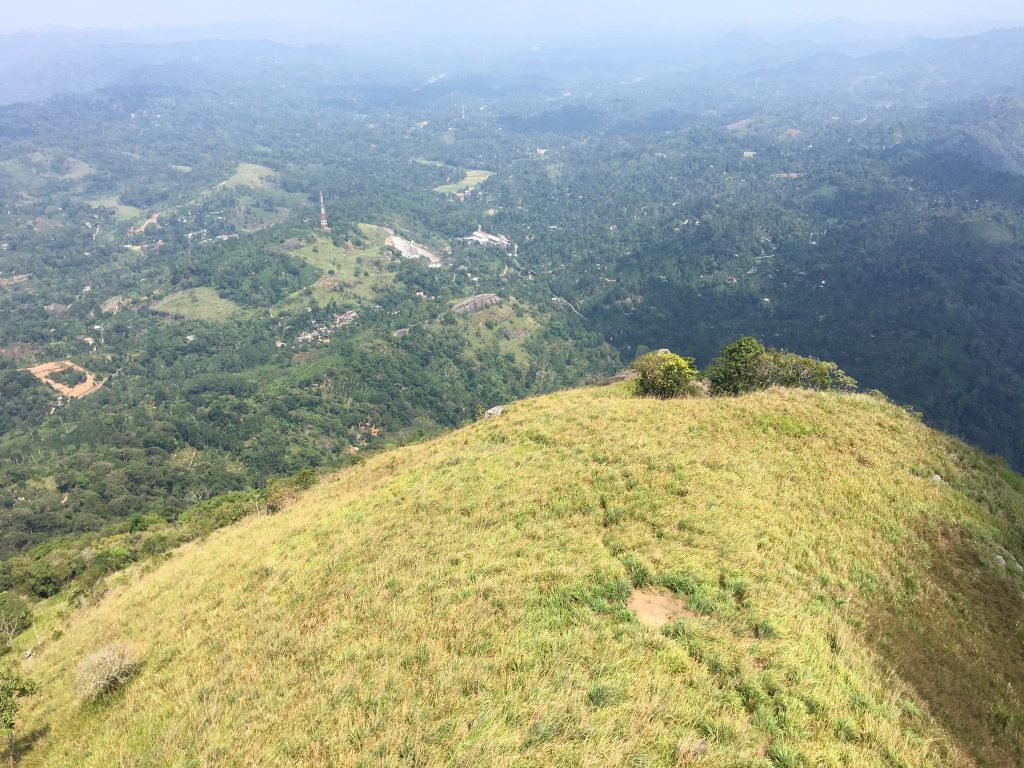 We started our journey from Fort railway station on a sunny Saturday last month, March 2017.

Train departure from Fort railway station around 6.55 in the morning.

Tickets were around Rs 100/= to Kandy, one of my friends had arrived early than all of us and bought tickets to Kandy because he couldn’t recall for the name of the station we have to get down.

After 2 hours ride among the beautiful scenarios besides the railway tracks, we arrived at “Ihalakotte” railway station around 9.30 am.

The first thing we did was meeting the station master and get confirmed that there are no other trains coming towards Kandy on that way as we were planned to walk down to the “Gangoda” station passing a railway tunnel.

Since walking on the railway tracks are prohibited station master advised us to walk next to the tracks, and he was so helpful and informed us that there will be a train to Colombo around 4.30 in the evening if we get down from the same route. 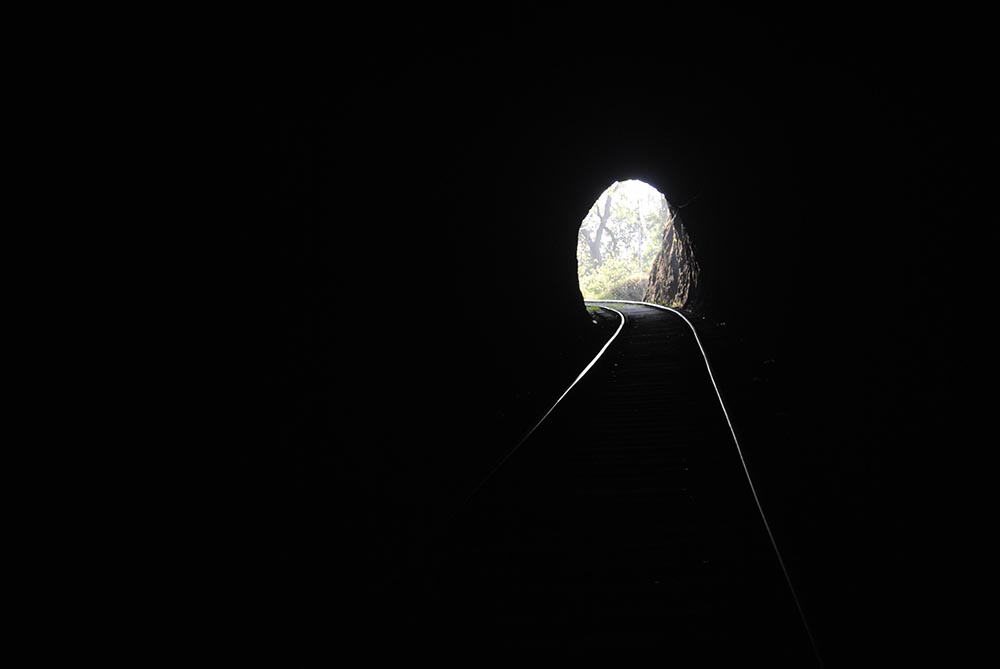 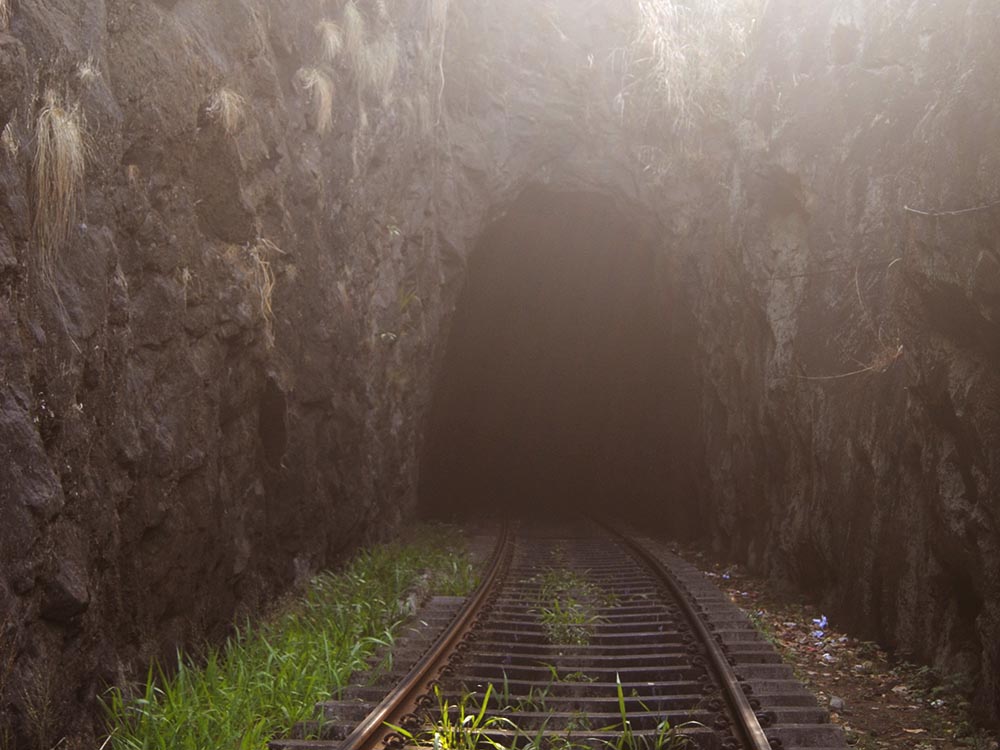 Also, he gave a mobile number of a tuk-tuk driver in case we miss the train.

We thanked him and started to walk down to Gangoda station.

You have to walk nearly 1 km to reach the station while passing the second-longest tunnel of the hill country railway tracks.

Even it is a bit hard at the beginning from the Gangoda side, the hike will be easy from the midway since there are concrete steps built by villagers to visit the temple on the top of Alagalla.

There is a small shop near the station where you can have hoppers or tea as breakfast before starting the climb. 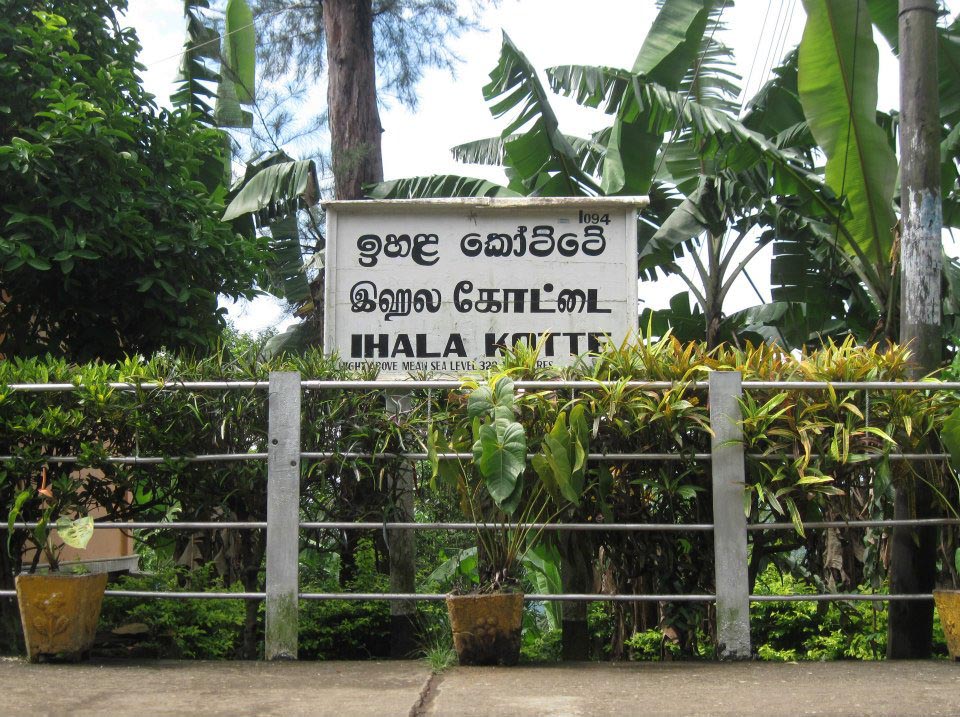 Even we had some sandwiches on the way we had some hot hoppers from the shop since it looked so good!

Trek started next to the shop, we had to walk upon a dusty road across the village.

Few kids we met on the way gave us some Jumbo fruits fresh from a tree.

Villagers we met on the way were so helpful, they showed us the way and informed to carry enough water.

We walked up on a dusty road and reached to the bottom of the Alagalla.

End of the route we met a small shop which is run by a little girl while their parents are working in vegetable cultivation in the next land. 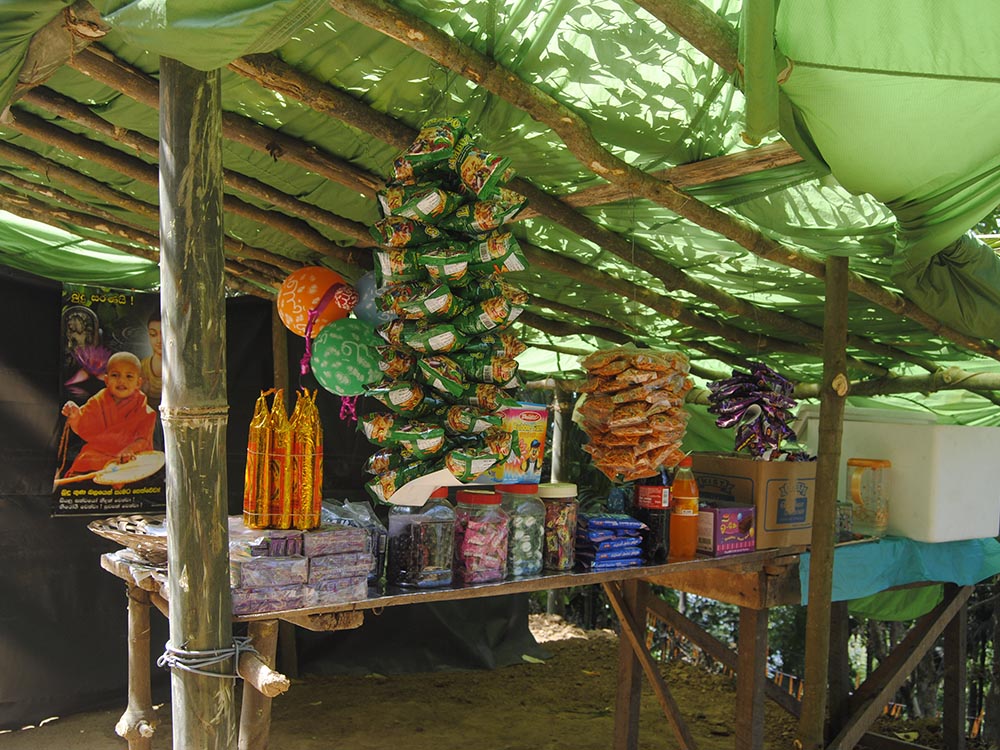 We bought a few chocolates and biscuits from there even. it wasn’t necessary for us, just as a help for the girl. The beginning of the hike was a bit hard with bushes and it was really hard to walk under the sun at noon.

Therefore you need to carry enough water and use some sun protection if you are visiting in the dry season. Luckily we hadn’t had to worry about leach attacks. But on rainy days you have to pay attention to leach protection if you plan to visit Alagalla. 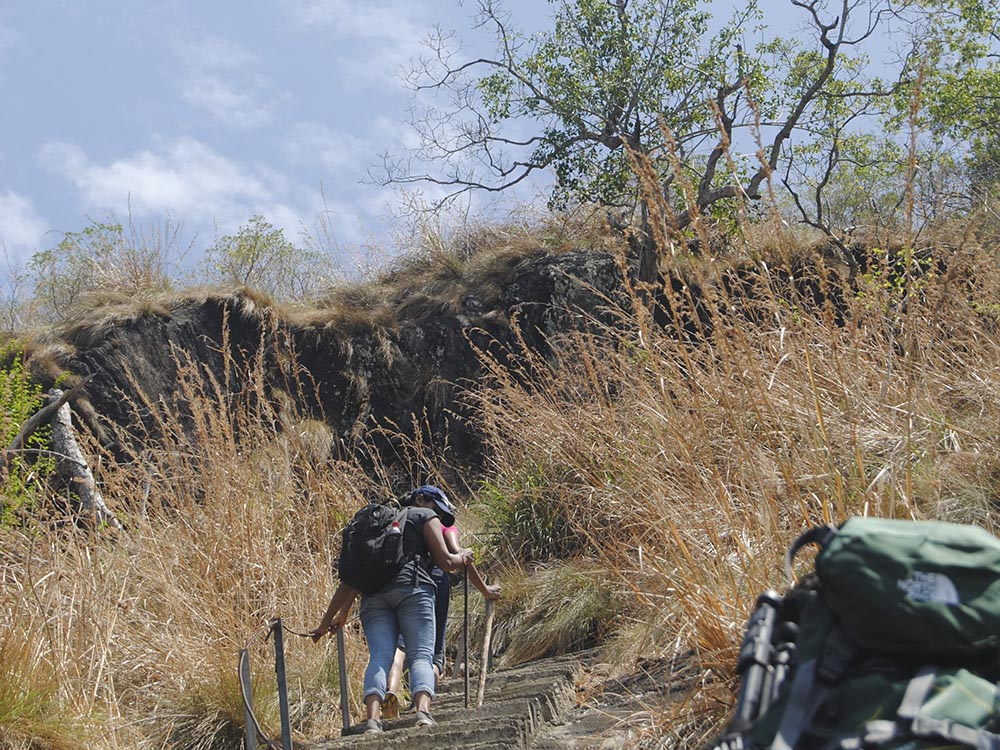 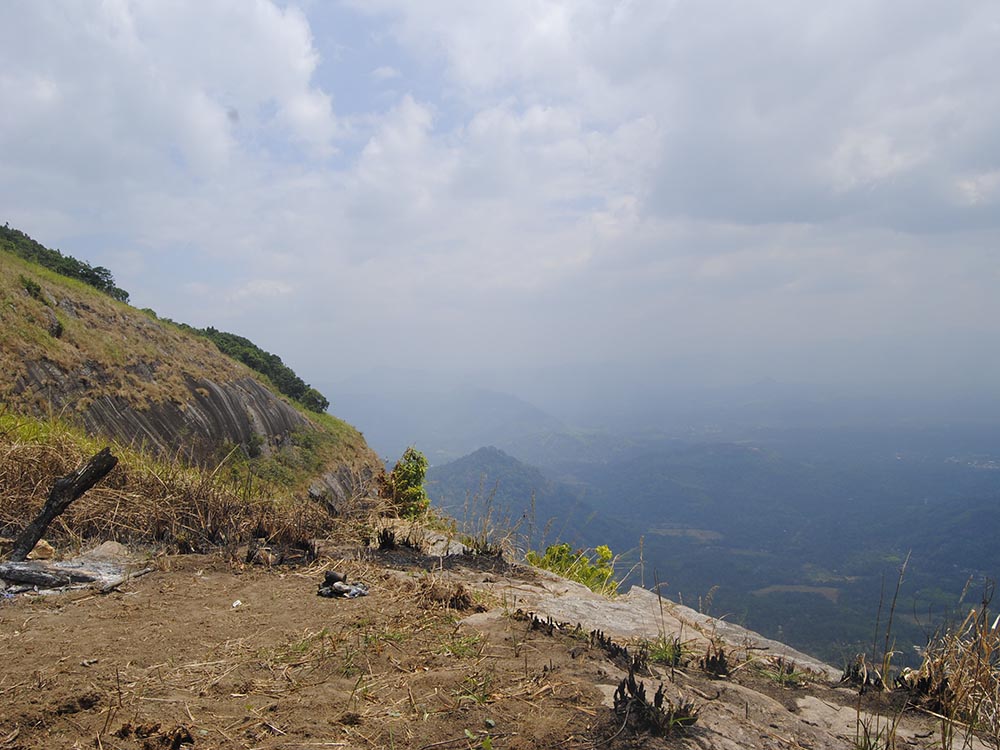 Midway of the trek, you will meet a water tank and that is the last resource of water you meet on the way. So better to fill your bottles from the tank. From thereafter passing a few meters of the bushy path, you can reach the area with concrete steps.

From there we had to climb up a steep rock for another few minutes and arrived at the temple on the top of one side. 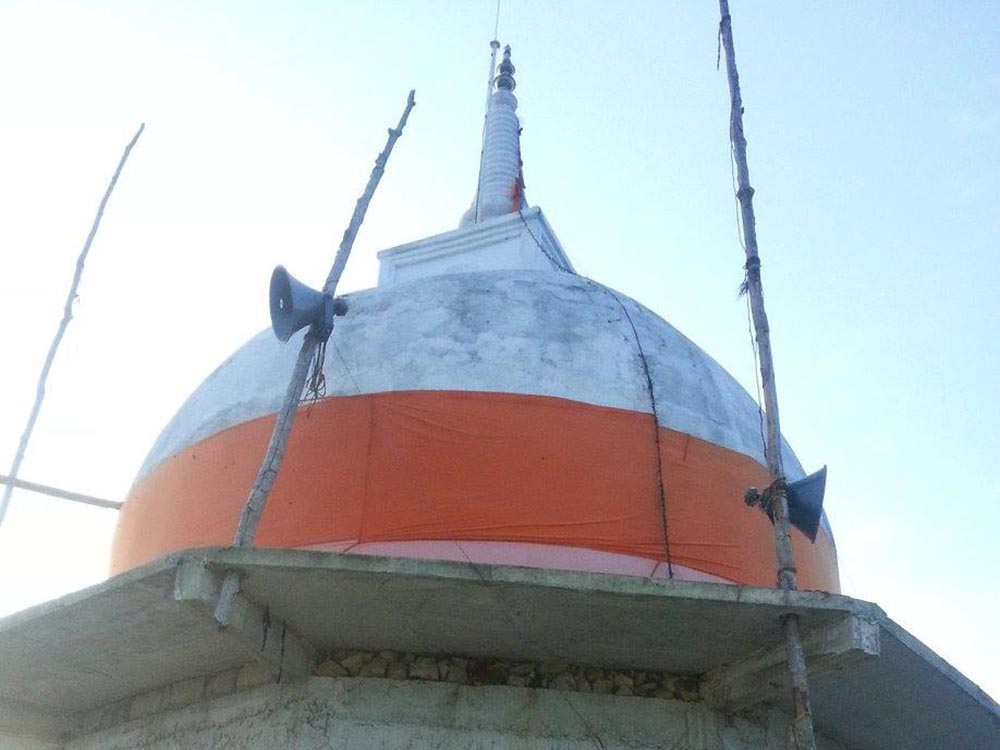 There was a Buddhist monk in the temple who guided us to reach the summit on the other side. Even it is not the summit, you can still get a good view of the valleys underneath your feet.

We walked back to the other side of the rock after getting filled our water bottles.

The path was not so clear, so always make sure that you trek as a team. After walking up under a shady green canopy we reached a huge rock with a dangerous steep. 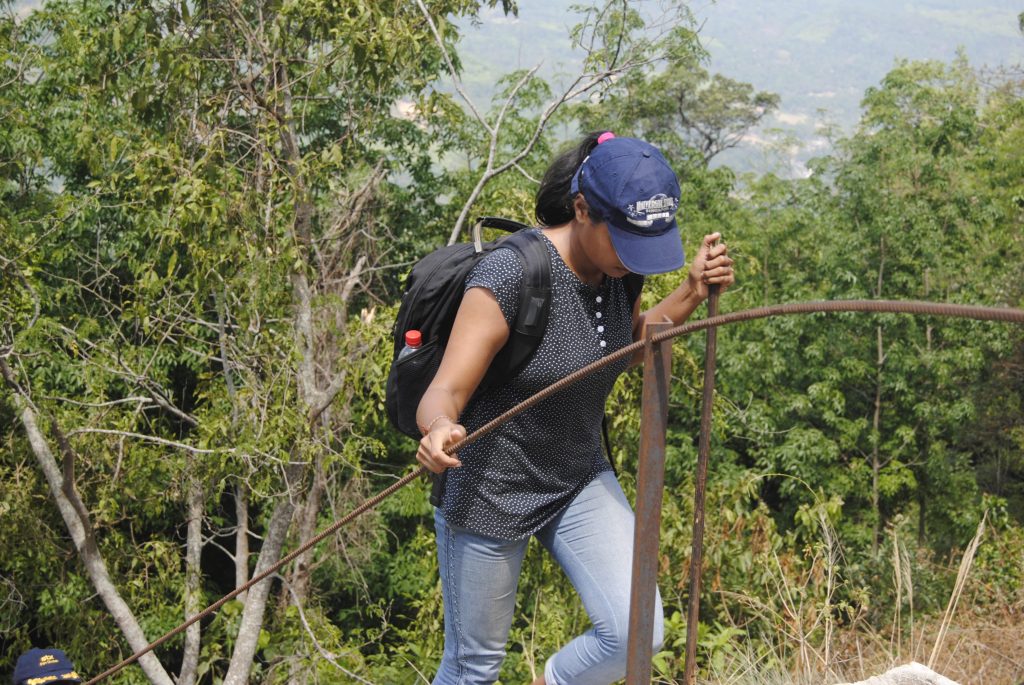 There were some ropes already hanging on the rock which helps to climb. But we had our own ropes since we weren’t sure about these old ropes.

So always make sure to have some ropes with the team in case you need help to climb a rock.

Few boys first took the risk to reach the top. And then the girls had to climb with the help of the rope while boys held it on the top.

Ladies are not always first in this case!

This steep rock is known as “Katsu Konda” which gives the meaning of a back of a huge lizard.

This is the only way to reach the summit of Alagalla Mountain Range. Even it’s hard, it gives you an awesome view of valleys underneath after the climb. 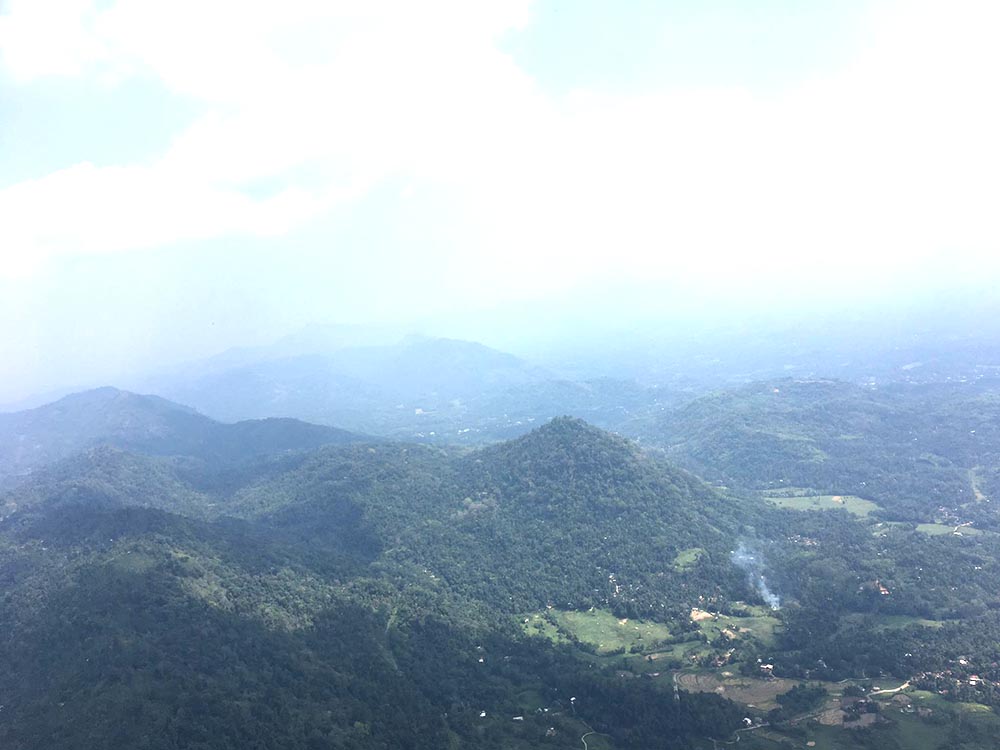 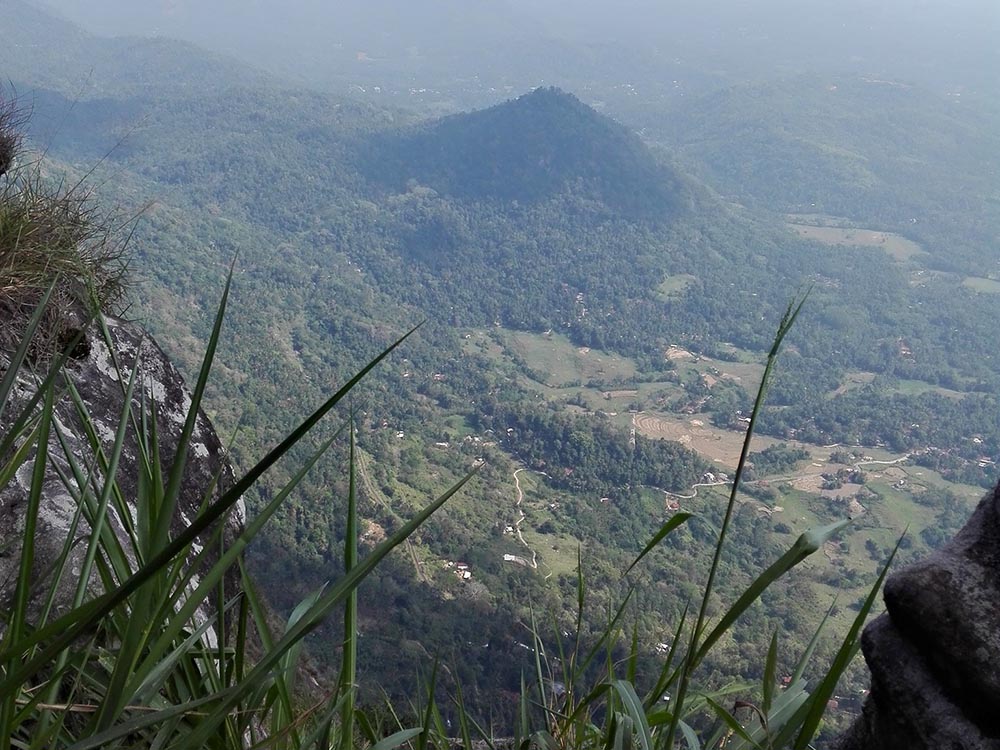 We were amused to see the green valleys and other mountains around the central province. You can see Hanthana Range and Bathalegala sometimes if there are fewer clouds.

Wind can be harsh to you and sweep away your caps and hats on the top. Two of us lost caps while enjoying nature with a wind came up suddenly.

Since it was a dry and hot day we couldn’t stand for so long on the summit with the heat of the granite rock. But we were too tired and hungry we decided to sit in the grass area of the top and have some snacks.

If you eat biscuits or anything wrapped in polythene make sure that you bring it back once you come back to leave only the footprints. 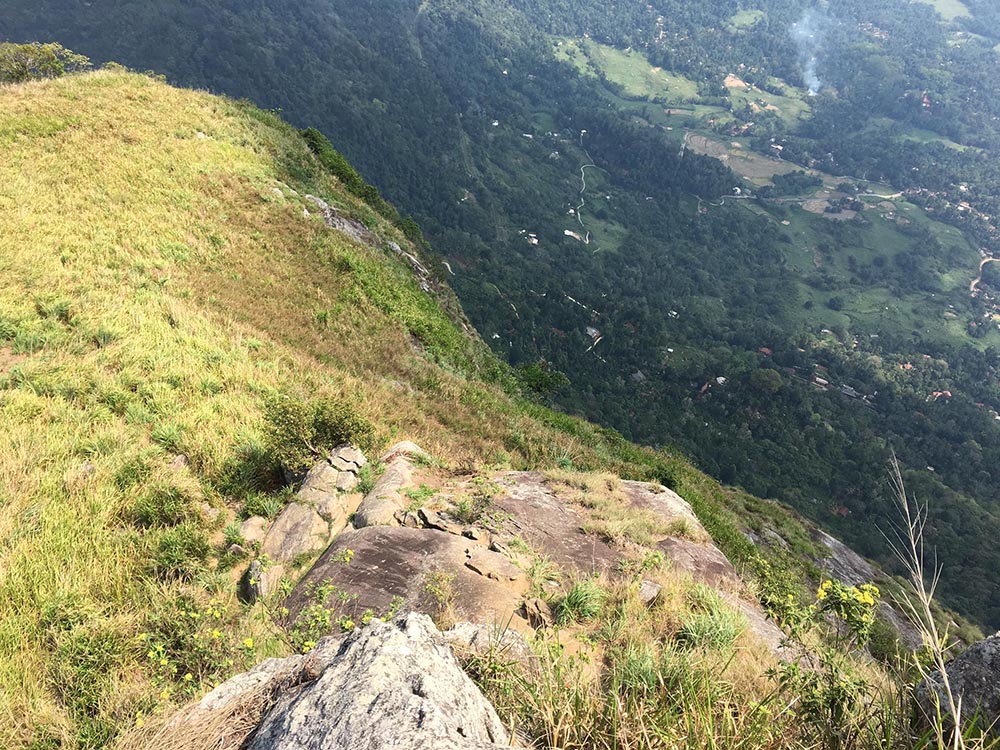 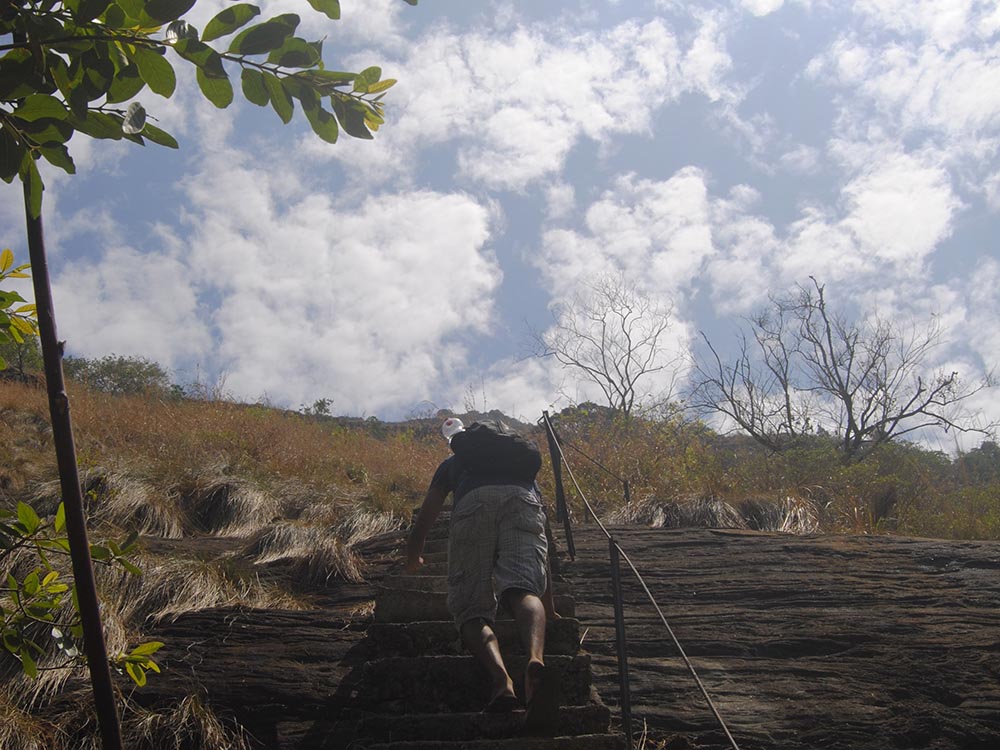 We had to come back to Katusu Konda and walk around the rock to get the Poththapitiya route. Even there was a way to come down from the summit we took the safe way around the rock since it was not that safe to climb down.

After walking down for a few minutes we found a path to the tea estate. The road was slippery with the dust, and road was not clear all the way.

After a hard trek finally we arrived at the tea estate. Few workers were resting on the gravel road redirected us to the correct way.

End of the footpath, we saw the tea factory and gravel road started from there to Poththapitiya. We walked down the tea estate for a few minutes without getting any rest since it was getting late to catch the last bus from Poththapitiya to Kandy. 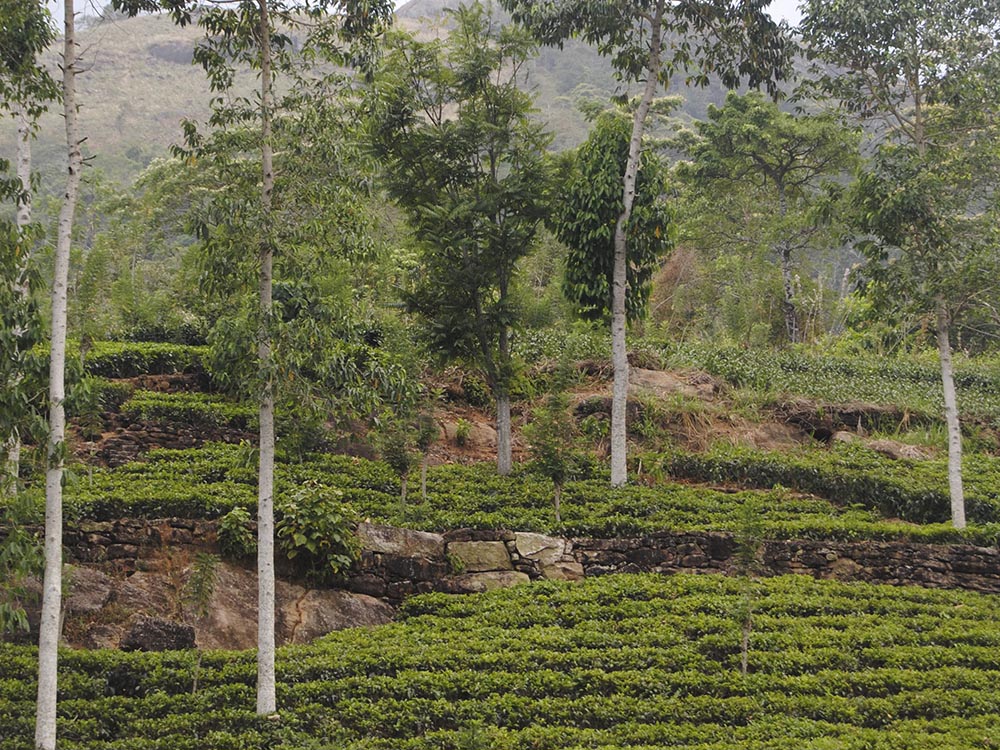 Luckily we caught the last bus from Poththapitiya to Kandy at 5.30 pm.

It was an old CTB bus, so once it speeds up engine got heat and made a fire on the bus on the way. Since there were no buses, we had to walk to Kandy road.

Even it was really tired we had no option other than walking a few kilometers to reach Kandy Road.

After waiting few minutes we were able to catch a bus and reached Colombo around 10.30 pm with lots of memories of Alagalla Mountain Range.