It is located at the border of the Kandy district and Matale district. Known as one of the utmost secluded villages in Sri Lanka with a population of 400 families. 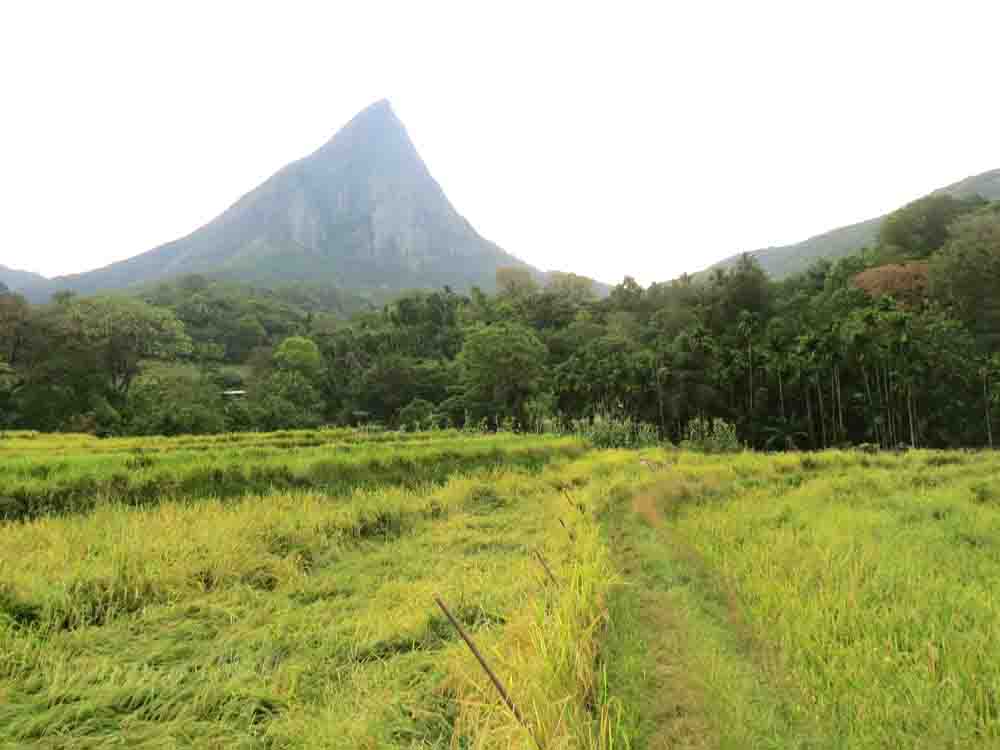 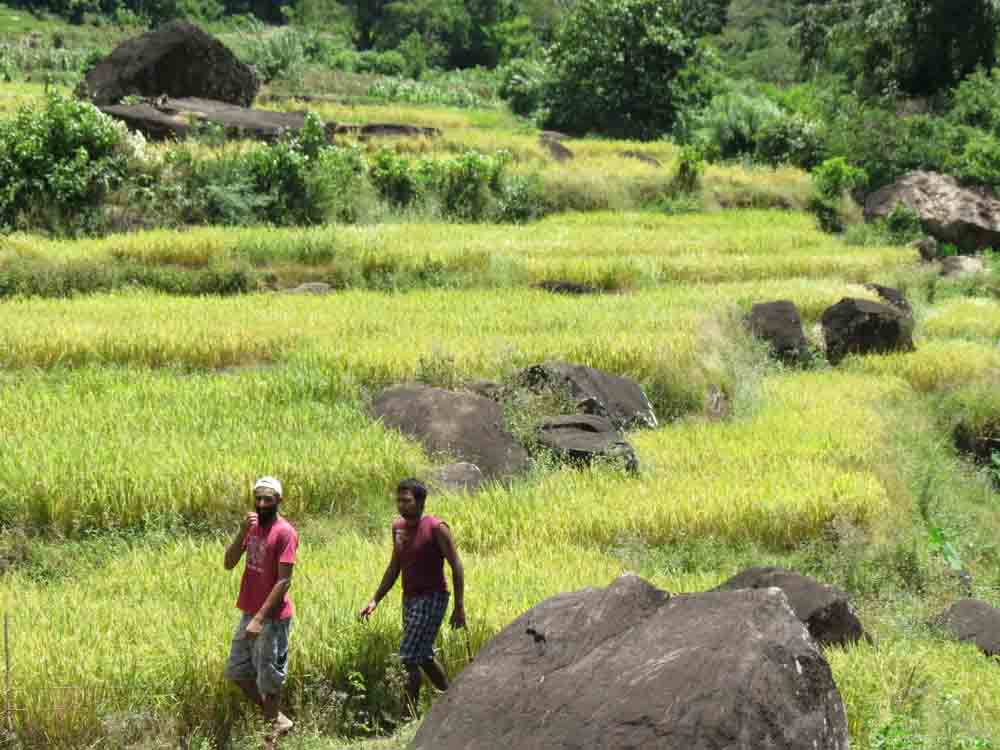 The only way to enter this village is the Loolwatte trail of 14 km with incredible hiking experience. It’s Possible to do camping at Meemure. After hearing about this trail, few of us badly wanted to go there to see this beautiful place.

It was used as a film location for the famous movie “Sooriya Arana” [children’s movie] sometime back, what we enjoyed in childhood.

Back in December 2015, we planned to get a three day trip to Meemure on a weekend including a Monday.

We have got a contact of a villager of Meemure from a friend who has visited there.

Since it is located deep in the Knuckles Mountain Range, we had to asked the villagers to send us a van to Hunnasgiriya.

We started the journey from Fort railway station at 5.55 AM in the morning. Since it was a Saturday, the Train was crowded and couldn’t get a seat for any of us. 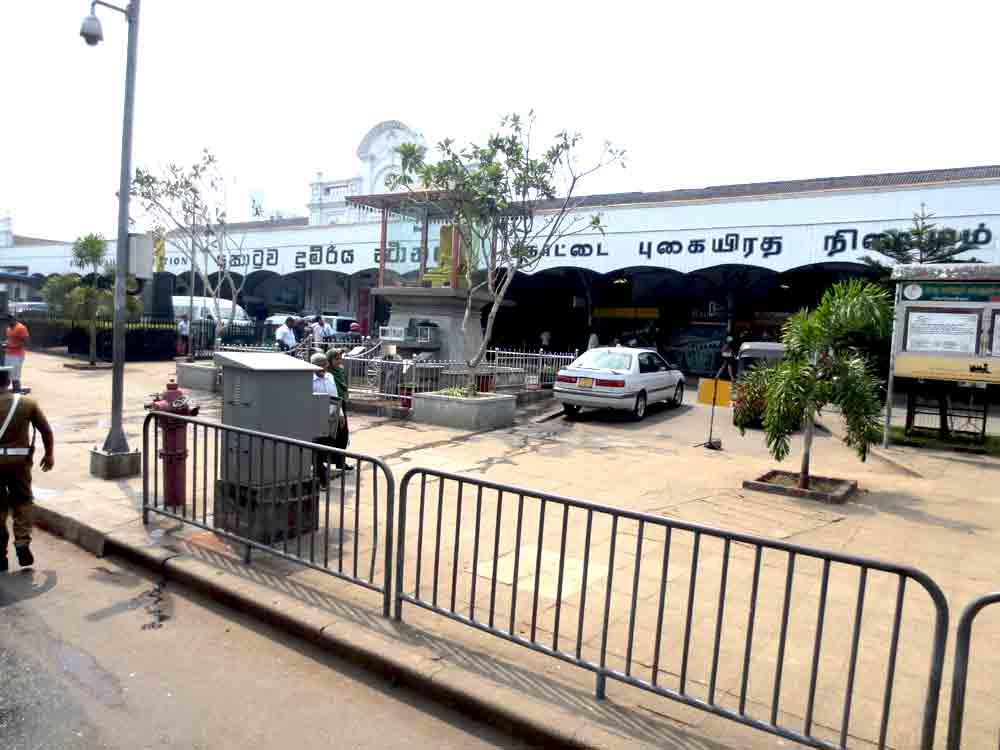 We didn’t bother to book tickets and bought 3rd class tickets for 100 rupees, less than USD 1. Cheap way to travel in Sri Lanka.

We arrived at the Kandy railway station at around 9.45 am in the morning. 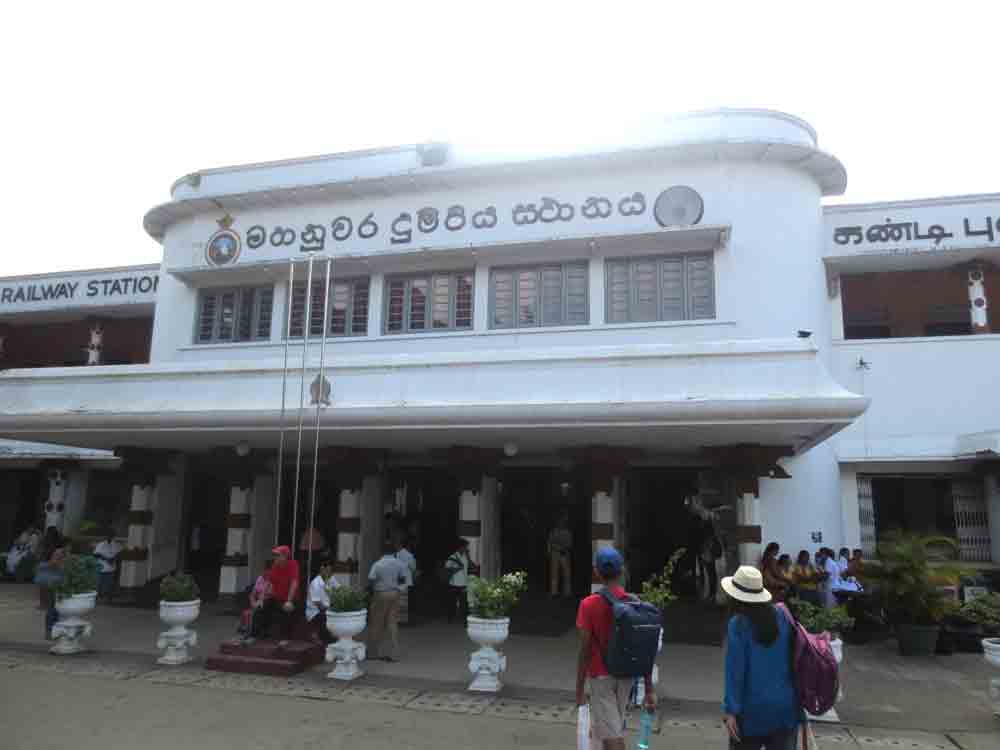 After having breakfast at a small restaurant in front of the station, we walked to the bus stand to get the Mahiyanganaya bus.

While walking there we had to crash into a shop to buy some supplys for the night, but unfortunately, we had to walk so far to find a Food City. 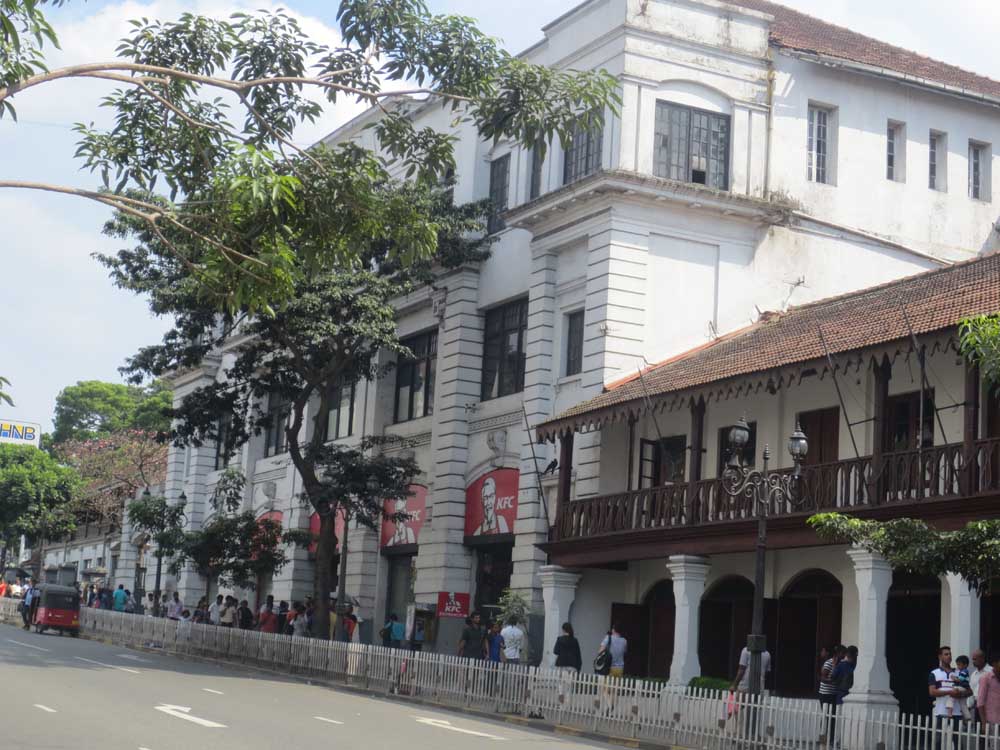 So its better if you can bring food from home because around the Kandy bus-stand you can’t find retail shops to buy those. We brought three sliced pieces of bread, fresh milk packets, Dhal, and some sausages.

There was a bus to Mahiyanganaya from Kandy around 11.00 am, but the conductor refused to give us seats since there were a lot of passengers all the way to Mahiyanganaya.

This is something very common in long-distance buses in Sri Lanka. Finally, he agreed to let us sit if we pay the full amount of the ticket price to Mahiyanganaya.

We paid 80 rupees per head, but he didn’t issue a ticket even. The bus ride to Hunnasgiriya took nearly 2 hours in a well-maintained road.

From Hunnasgiriya we had to get into a van, which was sent by Mr. Navarathne from the village.

We called Navarathne’s uncle when we reach Kandy, so he has sent a van to Hunnasgiriya. Road to Meemure was not in good condition and it was raining a bit hard.

We were planned to have a camping night when we discussed the trip, but instead of that idea, we had changed our minds to stay at Navarathne’s uncle’s place due to the rain.

After three hours in the van on a muddy road to Meemure, we arrived there around 4 in the evening.

The rain had stopped at that time. The first thing we saw was beautiful gigantic Lakegala shown beside the paddy fields. 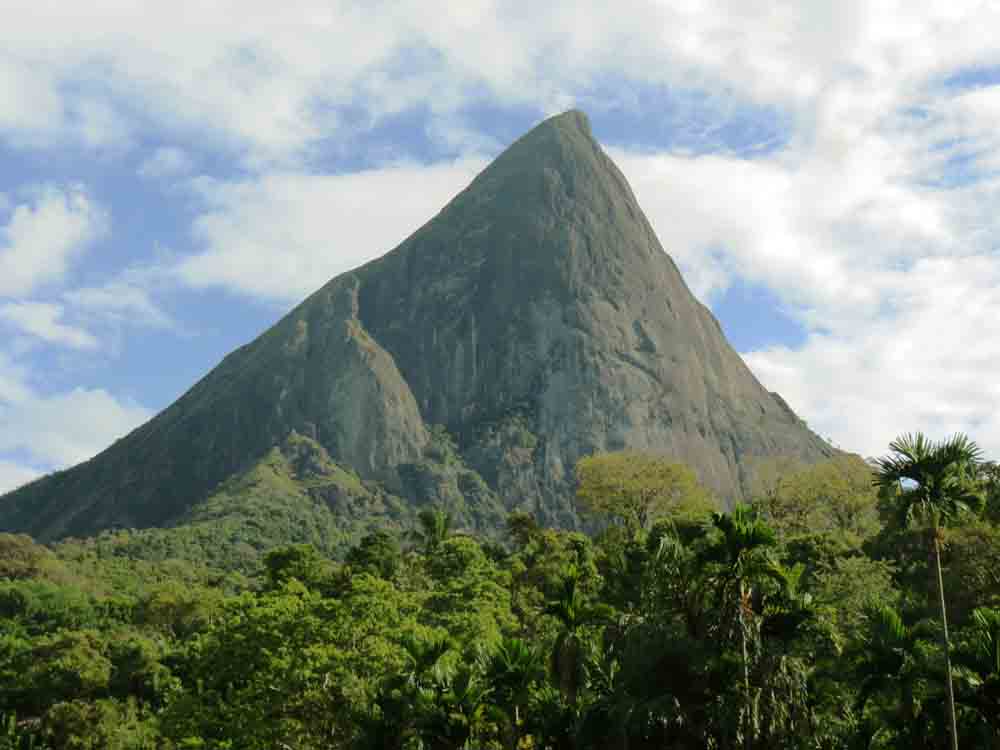 That was an amazing view to get a perfect first impression of Meemure. After meeting the family of Navarathne’s uncle, his friendly wife offered us tea with some Kithul Jaggery.

After resting for a few minutes we walked around the village and came back around 6 pm. Mobile connections are not available in that area and only Lankabell phones work there.

After setting a bedroom at Navarathne’s uncle’s place we had bread as dinner with the delicious Dhal curry and sausages made by Mr. Navarathne’s wife.

It was a bit cold there due to the heavy rain. But we had a long tight sleep until 7 am the next day. 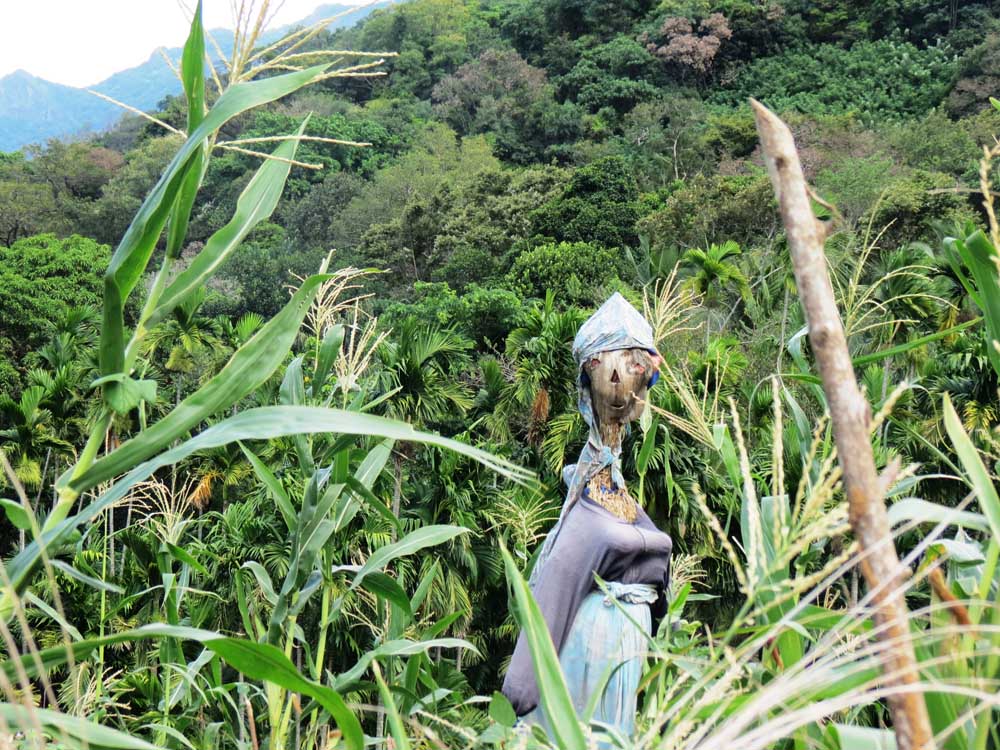 After waking up we had breakfast and tea prepared by aunty and Navarathne uncle introduced one of his relations called Kalu Malli(Malli: In Sinhala, younger brother) to guide us.

We wanted to walk into the jungle and do some swimming in those lovely freshwater streams around the village. Although we wanted to climb Lakegala, the villagers advised not to do that due to heavy rains for the last few days.

So we visited “Thaali Kata”, a big round pond underneath a rock. We can jump into the pool with life jackets on for an awesome experience of Meemure.

After walking along with the paddy fields and passing across water streams, we manage to this place. Navarathne’s uncle has sent a few life jackets with Kalu malli. It was one of the best experiences I ever had in my whole life.

You have to jump from a rock lying over the pool 30ft high. Few of the team members were not happy to do that.

So after jumping we decided to visit “Heen Ganga”. The Force of the water was really terrible due to the rain, yet the place shown by Kalu malli was safe to have a dip in cold crystal clear water.

Since we had time to explore we wanted to visit waterfalls, so Kalu malli took us to a beautiful fall called Navarathne Ella. 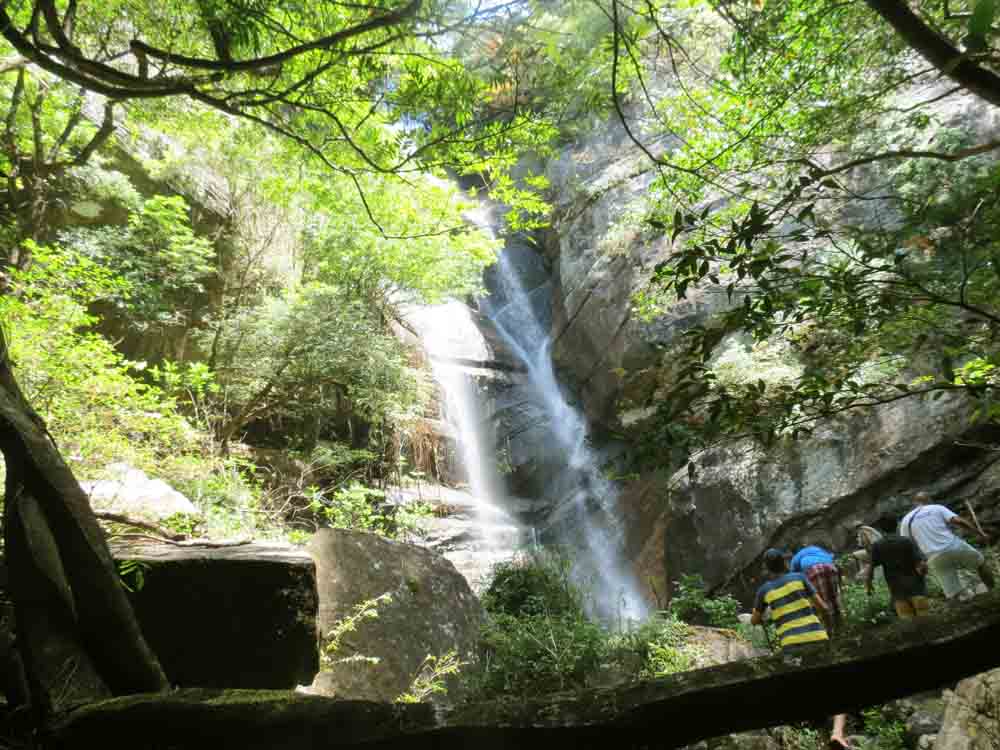 We had to trek through the wilderness for a few kilometers. The view of the waterfall was extremely beautiful to watch out. We had our lunch packets there which were given by aunty when we leave in the morning.

On our way back to the home, we had a plan to set up our tents so badly. 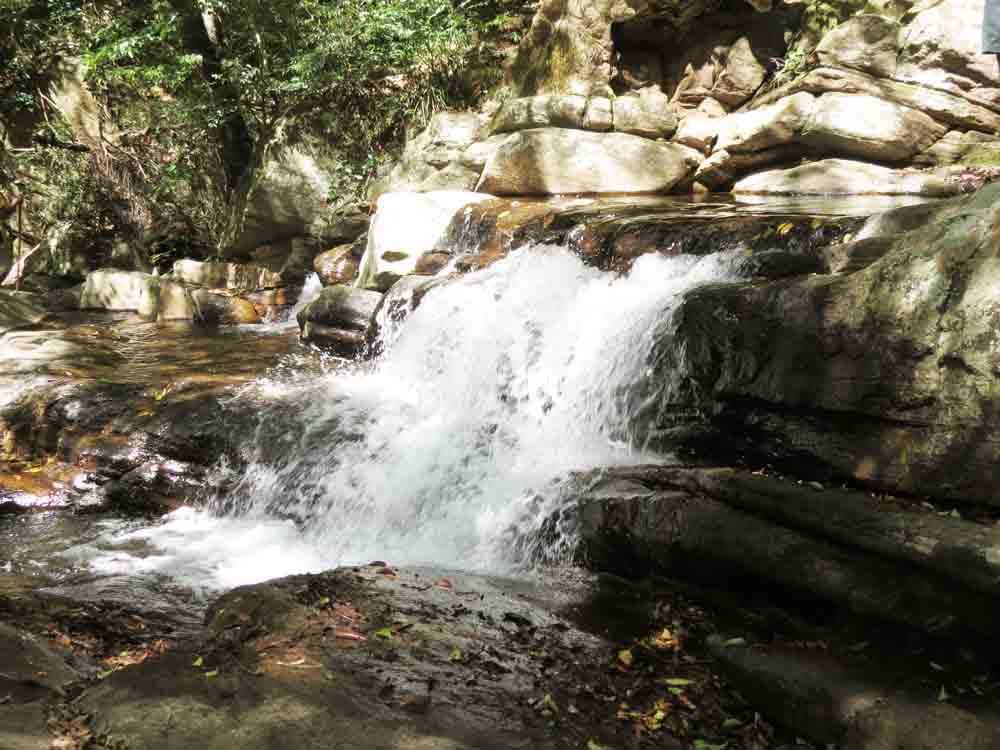 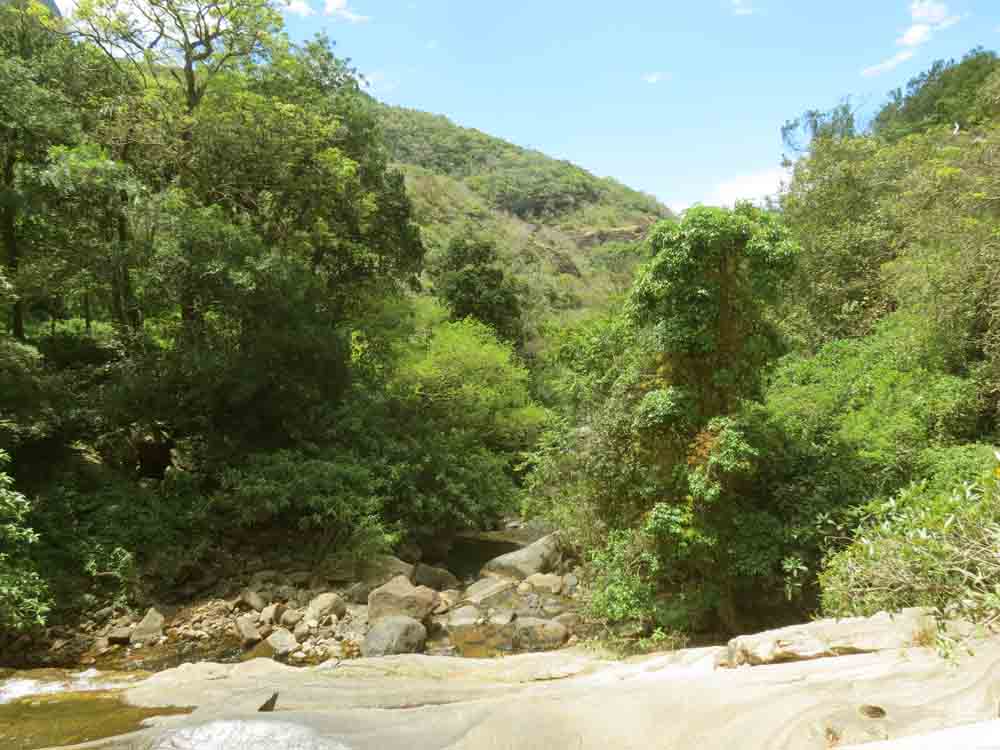 After walking down the water streams, passing mini waterfalls, Kalu Malli took us in a beautiful way back to home. After giving him a tip, which was about 1000/=, we decided to clean the place to set the tent.

Navarathne’s uncle guided us to a bare land of an abandoned paddy field to set tents. It was around 5 pm in the evening,

we settled the tent and walked around the village for a while to meet villagers who are very keen to help.

On the way to the campsite, we visited Navarathne’s uncle’s place to had dinner there. But he had arranged a BBQ night at our campsite.

We had a campfire there and really enjoyed that night under a billion stars overheads.

Fortunately, it was not raining, so we could sleep outside the tents. But after midnight it was bone freezing cold, so we all crawled into tents.

The next day morning we all got to the spectacular view of Lakegala in front of our eyes. 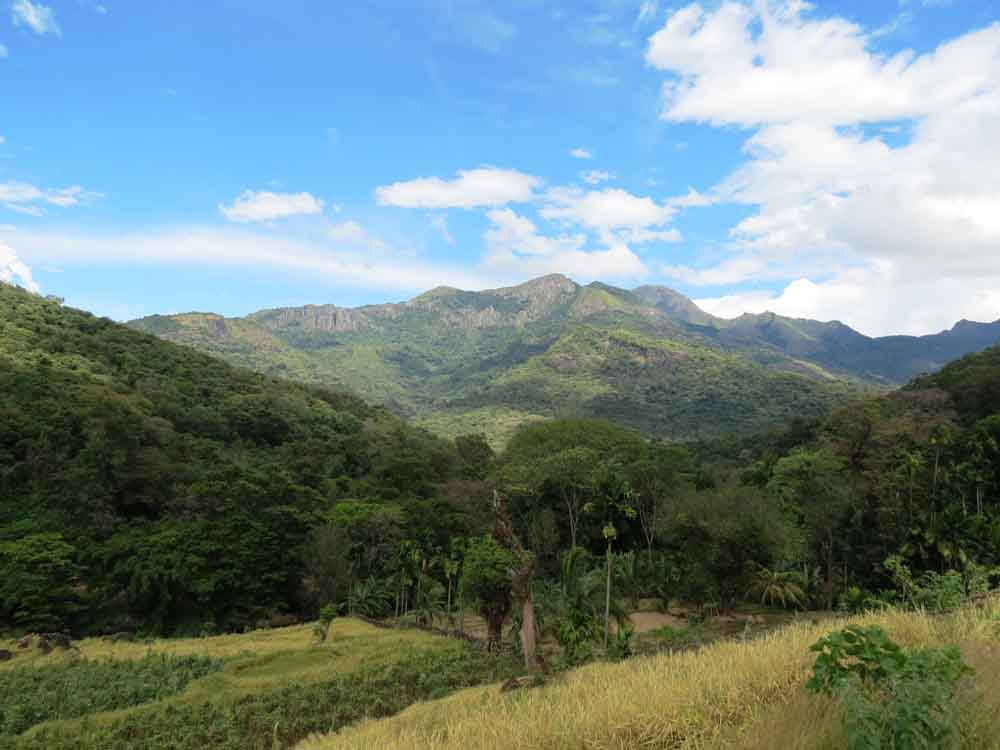 After cleaning the site and setting the backpacks, we headed to the Navarathne uncle’s place for a tea. Aunty has made pol-rottie for us and we couldn’t leave them there.

We all enjoyed that two days at Meemure thanks to the Navarathne uncle and family. They were really helpful and provided us a great service.

So we decided to pay 2500/= per head to the food and accommodation.

Waving goodbye to Meemure, we came to the Hunnasgiriya by van.  Even though Navarathne uncle pays driver charges, we gave a driver a tip as an appreciation.

We got a crowded Mahiyanganaya bus from Hunnasgiriya to come to Kandy.

We arrived at Kandy by 1.30 pm and had lunch there from the same restaurant we had breakfast on the first day. After having lunch, we got the train at 3.30 pm and arrived at Fort Station around 7.00 pm.

It was a remarkable journey we had to enjoy the true beauty of Mother Nature.

Since Meemure is one of the hidden treasure of Sri Lanka,

Please make sure that you don’t spoil the cleanliness and the beauty by dumping Garbage.